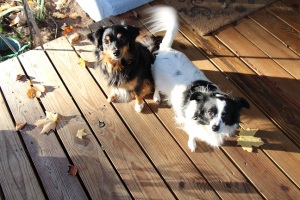 Tonight while I was eating dinner, I went for a stroll in other blogs. It still amazes me how many people write and even more amazing is how many write about recovery about childhood trauma and abuse. It is seriously a huge body of people who have had some sort of trauma in their childhood. The people on WordPress are only the ones who are brave enough to write about it. It is very comforting to hear how other people deal with things and it offers so much in the way of healing. It is like safe group therapy. Who knew social media would have this offering.

Today was a stressful hot mess. This whole week was bad. I am not sure if it is the impending snow and greyness or the oncoming approach, which gets quicker every year, of the holidays. I knew it was going to be a day for me as it started actually yesterday. I was in a situation that has been building for some time with one of my employees. There has been a lot of conflict building within the agency with her in ability to think before she speaks or in most cases email. I have been putting out fires all due to her lack of filter. Unfortunately, she crossed the line into HIPAA waters and I had to come down very firmly on her. Yesterday at the end of the day, she absolutely refused to follow my directive. Instead of getting into then, I asked she call me in the morning. I did not sleep. She called, and the conversation escalated into an outright refusal to follow a policy. She responded with a comment that she knew would push a huge button with me and it did. But I said I would look into it and take her claim to the next level. When I did, I was told to discipline her. I am not crazy about conflict. But I know insubordination when I hear it.

When I came home early because I was absolutely spent from other issues and this one, I walked into a house with crap on the floor. Not just a little doggie poo, but diarrhea. After cleaning that up, I had to make a phone call that also turned into a nightmare. An hour later, I had reached my boiling point and burst into tears. The tears became screams and sobs. I crawled into bed for a comforting nap only to have a return phone call, not once but twice from the one I initiated. A nap was out. I got up and went to feed the cat only to step into a hair ball mess with my new slippers. Sigh.

But in the middle of all this I discovered two things to relieve myself. One was screaming. It took all the bent up frustration and feeling of being trapped and released it. I have a huge issue with feeling trapped. I have talked about it in other posts. My screams were low guttural howls that released a lot of negative energy when I did it. I cried for a brief time afterwards, much like a child does. And after reading someone else’s post, I realized that is actually what happened.

Because of what happened as a child, I often return to the reaction of the age when I was first exposed to being frustrated and trapped. I hold everything in, because that is what you are told to do. And you keep taking it and taking it, because it is what you are told to do. Then at some point, you explode. But you explode at something that is safe. And then you are labeled as a cry baby because you over react to a stimulus that seems innocuous to others.

After my release, I lay in bed and just thought about stuff. I realized that the employee went for my jugular because I had exposed a vulnerability to her. She knew exactly what to say. She felt trapped and used whatever weapon she had in her arsenal. I am not condoning her behavior; I am trying to reason why it stung me so much. I pride myself on being a fair boss and have always given her the benefit of the doubt. I have gone to bat for her when I have been called on the carpet for her behavior. What really set me off was she betrayed me. I have a huge problem with betrayal. (ya think?)

As I lay there trying to nap, my foot and legs started to cramp. This is an ongoing issue for me. I get so tied up in a knot that my muscles spasm. The one foot became excruciating. I tried something and it worked amazingly. I said in my head that I was feeling trapped because of all the above mentioned things. I said clearly in my head that she was still holding on to my foot and I was allowing it. In my head, I cast her off. In about two seconds, my calf muscle spasmed and I felt something pop and flow and my foot completely relaxed and was fine. I cannot tell you how it actually surprised me. I felt my whole body relax and I smiled.

I read tonight someone’s post about loving her inner child. It hit home. I realized that I again have been neglecting my inner child and actually my whole self. I get on a roll of doing for others and forgetting my needs. As much as that sounds so altruistic, I think women tend to do this naturally. We forget to nurture ourselves. When I do forget, it is my inner child who says ENOUGH! Time to go play. I want to honor her more often because she really got the crappy end of the stick.

And speaking of crap, I am not sure what the animals got into. I think they are feeling neglected too. So tomorrow will be a day of love and cuddles. It is one year ago the little doggies came into our lives. They were scared and very nervous. But it did not take long for them to know how much they are loved. I have been working a lot. We usually spend time together outside in the garden, but I am not going to sit out in the snow and neither are they. But I will pull them close this weekend and my husband and I will celebrate their love for us. I will nurture myself and spend time doing things this weekend that bring pleasure to me and refill my lamp.