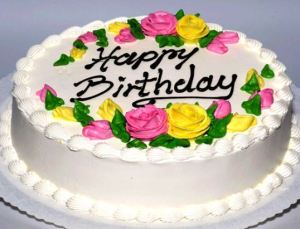 “Just go on a diet and lose some weight.” I do not know how many times I have heard this in my life. It has been said from well-meaning and not so well-meaning friends, medical people and people I do not even know. What right does anyone have to even propose such a life sentence? I supposed doctors think that if they say this, they will be absolved from better educated suggestions. But only someone who has lived a life of diets knows how really hard and almost impossible it is to be successful losing any real weight and keeping it off.

I am a large person from birth. I was my mother’s largest baby and also the largest female in my whole family by the time I was 11. I am not just talking about weight because in hindsight, I was not that overweight as I was told. But I was six or more inches taller and took a bigger size in my clothes than anyone else. I did not get the petite gene like my aunts, grandmothers or sister did. Matter of fact, my mother was 4 feet 9 inches and never weighed over 100 pounds accept when she was pregnant. How could she possibly relate to the mammoth she-child she had. Even my brothers were not large in size accept my one brother who was husky. But he played football and so that was ok.

I grew up in a world of carbs and candy. Sweets were ever where and the dinner table was heavy with fatty meat and starchy vegetables. It was not big deal for anyone else in my family. My parents also insisted on clean plates.

But somewhere around 14, my mother put me on my first real diet. Green beans and Jell-O. While others were indulging in spaghetti and desserts, I had green beans for my meal, and Jell-O for dessert. Not a recipe for success. This only left a bitter taste in my mouth about dieting.

As an adult, I made several attempts at diets. I did Weight Watchers a couple of times only to gain weight one time. One time I did lose weight only to gain it and some more back once I stopped.

Sustaining dieting is very difficult. Anyone who has tried to change any type of habit will tell you how hard it is. I find there is less empathy for someone who is dieting than someone who is quitting smoking. Why is that? It is just as difficult.

Our culture is mean. We demand that our females be slender and sleek. Yet we are bombarded with food ads. What a rotten tease. Does anyone else not see how unfair this is? I have yet to see a good ad for salads. But open any magazine and they are filled with baked yummies and cheese covered dishes. I stopped watching TV because of the ads a long time ago. But now, I won’t read a magazine either. And I have a subscription to a cheese magazine.  “Oh,  the irony.”

There are many fine folks out there who are raging a war on fat shamming. I believe in their work. I also belong to an organization that supports Health at Every Size. I don’t believe in diets to lose weight.

But I have to diet now. Have to. And it is not to lose weight. It is to save my kidneys. This is a fight for my life, not for being accepted for the way I look. I do not give a rat’s ass what people think about that and have not for a very long time.

Less than three months ago I went on a renal diet. It is not about calories. It is about protein, potassium and phosphorous consumption. My primary concern is protein. I gave up red meat in 1986. But I did consume large quantities of chicken, turkey and some fish. I gave up turkey completely as it also has high purines which are not good for kidneys. I will eat a little haddock once in a while. But giving up chicken has been very difficult.

Next time you are at a restaurant, try finding a low protein meal. EVERYTHING has some form of meat or fowl in it. Even salads are covered in either chicken or cold cuts. Not good. Mushrooms also are not good on a renal diet and I don’t like them much either. The next thing is look at the side dishes. Potatoes forever. Potatoes are a definite no-no. NO chips, no fries, no bakers with sour crème. Pasta has tomato sauce which is not allowed. Tomatoes are also everywhere.  Other choices like cottage cheese are not good due to the salt and potassium. Most other offerings are smothered with mayo, which is ok in small amounts.  Pasta is good on a renal diet but not good for weight and glucose. These are things I have to be concerned with too.

I do manage most times going out. But my husband and I have cut way down on going out to eat. It has really changed our habits. He has been supportive but is not as restrictive in what he eats.

Every once in a while I get very cranky. Then I know, it is time to have a free day. I know this is the only way I am going to be able to sustain this new eating lifestyle. It is not just a diet; it is a whole change in attitude and life. I don’t like being forced into things, but I have to let that go because I will never win on this. My not being careful will only harm me. And once my kidneys slip further in function, there is no going back.

Free days are not days I eat everything I can get my hands on. They are days when I know we are going out to eat. I track everything I put in mouth. Most days, I limit my calories to less than 1200 calories. That is fairly easy to do when I am home. I have eliminated most of the crap in the house. I keep the fridge full of fruit and salad makings. I have high quality things like homemade breads which I buy and freeze. I slice the bread and wrap each slice individually so I can only take out one at a time. Any snacks I have are very low calorie like rice rollers or popcorn.

But some days, it is not going to happen. I crave something more substantial for dinner than a salad.  We have gone out for ice crème four times this summer. I had birthday cake for my birthday. I have not had potatoes but I will have chicken once in a while. We enjoy pasta once in a while and are now going to try homemade gourmet pastas. Better ingredients and fewer additives. The first couple of times I slipped off the diet wagon, the guilt was terrible. But then it really is no one else’s problem so I have learned to cut myself some slack.

I discovered that even with my free days, I still have lost weight. After I have a free day, I come back the next day with more determination to follow my diet. And it easier to do because I am satisfied and not as bereft of whatever it was I wanted to eat. My labs have been fantastic and have steadied my kidney function. My doctors are very pleased.

And I hopefully can keep this lifestyle up for ever.

A tribute to my friend

A Pissy Situation: Is it really only about weight loss?

Follow Out of the Rabbit Hole on WordPress.com
Join 179 other subscribers