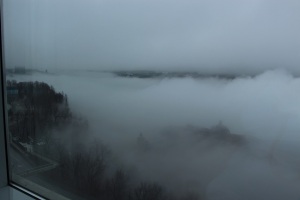 I am in a battle of my life, really and truly. I have auto-immune diseases. It is a fight many people participate in. But for me, I have the stigma of being fat. It is the first thing that medical providers hone in on, sometimes exclusively. But now I am in another tail spin. Let me explain.

I have psoriatic arthritis, PsA, and Psoriasis, P. I was diagnosed with them after I went through a horrific time in my life. I was divorcing after twenty-seven years with an abusive husband. I had to sell the home we lived in for fifteen years as part of the settlement. I lost my job that I loved, although there were some real stinky issues there too. I basically lost everything. But I got through it and then, I moved into a great house and went back to school. My life turned out great. But my body suffered from all the trauma and stress.

I ended up in the hospital with blot clots. The clots resolved themselves and I was truly blessed because there was one very close to my heart. I was put on Coumadin for life. People were quick to say, “Fat girl has fat blood and hence her issues.” Nope. I have an inherited disease call Factor V Leiden. It comes from my father’s side. It has absolutely nothing to do with being fat. But after being in the hospital, they put me on a strong regiment of blood thinners to the point I bled out. They needed to stop my periods. That was another battle but finally I had a hydro thermal ablation.  But the anemia and other issues took a toll on my body.

I was on a path of a wonderful new life. I was happy. I met a great guy. I loved my house. Life seemed great. But this weird rash appeared when I was going through the divorce. It got constantly worse, spreading all over my body. I itched. I went to the dermatologist who had no idea what it was. I also noticed that I was having pain, achy pain in my joints. Not enough to slow me down at first. I used to play tennis three times a week, mow my lawn and walk all over the place. I had always been a large active person.

I was teaching at the time and some days I could not stand for very long and walking became painful. I bought ugly shoes and went to the doctor. Her diagnosis was I was fat. “Lose weight” was the prescription and take Advil. So I took mega doses of Advil. Finally, when my hands started to turn into claws, they paid attention. I would sit and cry for hours from the dull burning that radiated in my body. It is hard to explain the pain to anyone who does not have this disease. My skin looked like I had the measles and I would scratch to the point where I would wake up with blood stained sheets from scratching in the night. I did not sleep for more than two hour blocks.

I was tested for rheumatoid disease and came back with a confirmed diagnosis of PsA and P. My life changed completely. I went on prednisone, methotrexate, and continued with Advil when needed. I felt better, but the results from those drugs impacted me in a bad way. My kidney crashed. I lost all function on the right kidney. I had been peeing blood for months, but they said it was the Coumadin. It wasn’t.

My glucose has always been low, much to the chagrin of doctors in the past who expected high glucose because I am fat. We do not have diabetes in the family. My A1c went from 5 to 13. Hello!!!  I also gained 30 pounds in a very short time. They took me off the prednisone and then the methotrexate. I would get very sick after I would take my shot. My body was telling me to stop. Next, they tried me on Humira, which did nothing, and then Enbrel. The Enbrel worked for 8 years. I started getting horrible cramps everywhere in my body and the pain came back. I also slowly put on weight that would not come off. This also is a known side effect of Enbrel. All the drugs I have taken, except Otezla which made me feel sick all the time, are known for weight gain as a side effect.

For the next three years, I went through a series of taking every drug on the market for PsA. I had horrible reactions such as feeling hung over to not being able to walk from the pain. I had horrible IBS brought on by these drugs. I could not go anywhere including going to work in the morning without the fear of crapping myself. And I had a few episodes where I did. It was humiliating and horrendous.

My kidney that had gotten better was starting to decline. I passed over 50 kidney stones. I have about twenty in a box. Some were huge and the doctor took them. They were all uric acid based stones which is a product of PsA. There were stones in the right kidney that were too big to pass. I spent days in agony when I was passing a stone, but I still went to work. I passed one at work. Talk about a high pain threshold.

In 2016, we decided to try Humira one more time since it was all that was left. It almost killed me. My glucose steadily inclined, my kidney function declined and all the while I was steadily gaining weight. I was miserable. It is hard to understand the frustration and discomfort of not having control of your health. And mine was getting worse in the name of drugs.

Finally, last year, I was put on the most expensive PsA drug out there: Stelara. One shot costs $20,000. I had to exhaust all other options before the insurance would cover it. It is a miracle. I have little to no psoriasis. My PsA pain was vastly better. But by now, I have lost a lot of my stamina. There is damage in my joints that will never repair. I need to have my one ankle fused but I refuse. I have damage in my spine and hips. But I had the best mobility with Stelara. I have been on it for a year.

Because of the elevated glucose, the Doctor put me on Januvia. Januvia passes sugar out the kidney. Not a smart choice for someone with kidney disease. He finally changed it and I am on a new drug which is not really working and my A1c has risen again. I got a note from the nurse from my doctor’s office saying, “the Doctor wants you to watch your diet. Eat less carbs and sugar.” I was so pissed and will say something when I see him.

I just went and had my blood tests done. I am in big trouble. My kidney function is now stage four CKD. There was a slight improvement since I retired, but not enough to put me back to stage 3. My blood pressure has been up and now I have awful cholesterol reading. It has jumped up 114 points in one year. My cholesterol has been normal most of my life.  Both the BP and cholesterol is due from the Stelara.  It is a known side effect.

So now what? I do not know. I see the doctor on Friday. I swear if he says it’s because I am fat I am going to walk out of the office. He usually is pretty good about things. I would have to be eating pure fat for that amount of increase. And, I don’t eat a lot of fat. I do not even eat meat. But I should not have to justify myself but I will be ashamed because that it the reaction I have. I will be made to be guilty of gluttony. Meanwhile, I have a situation that needs to be dealt with. When you have Factor V, the last thing you want is more reasons to have clots. And when you have high cholesterol, it also raises you blood glucose, which has been an issue with all the drugs I am on.

I feel out of control and I admit, very depressed. This was supposed to be a happy time for me since I retired. I will say that I am much more active than when I was working. I spend most days working on physical projects in the house. My mobility and stamina is much better.  I have noticed the difference. But I am scared that my recourse is to come off the Stelara, or take more drugs.  It is like being a prisoner in your own body.