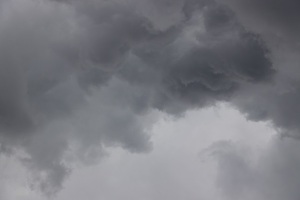 I actually wrote a whole different blog last night. I decided to sit on and not publish. In the morning, I reread and tweaked it and thought I would send it out anyways later. But in going over my emails, I found this email from a friend and therapist who sent me a blog article. I did not get to read it until later in the day. I had taken a break from work and decided to read through. I sat there at my desk crying.  Fortunately no one was around much. I have a heater fan running so hopefully no one heard me sniffling. I stopped and mopped my face up and decided when I got home to reread the blog and then write. Oh…. I was going to write.

I spent time tonight working on house stuff, laundry and the sorts and just sat down a little while ago to read the blog again. I was actually not thrilled about facing it again. I then went to the site and looked at some of the older posts. It took my breath away. It is so overwhelming to the point it knocked me out of writing what I wanted to. I am just ….and I am not sure the right word is that I am. I am mad because there is so much statistical information out there on trauma induced illness and yet it is so unknown by practicing clinicians. I had written about the ACE study before in my blog. If you have not done an ACE study, do so. And then read the implications. It is enlightening.

But now as the night has progressed and I spent it reading instead of writing, I am going to let the blog speak for itself. It is quite a collection of information. I am going to share the one line that made me cry. And it is terrible. The author is sharing the story of how the doctor who was working in creating an obesity clinic was upset because he was not successful. He went on to dig into many of the (obese) patients’ history and found a resounding amount of them had some form of childhood trauma. That is not what made me cry….it made me slap my head and say out loud, “Really? No shit!” This is right from the Dr.’s story after he had given his results to a body of educated physicians and clinicians.

So, if you were Vincent Felitti, whom would you pick as your first audience to reveal your stunning findings? A group relatively informed about obesity that would greet the new information with extreme interest, praise and applause? Natch. So, in 1990, Felitti flew to Atlanta to give a speech to the members – many of them psychologists and psychiatrists — of the North American Association for the Study of Obesity. The audience listened quietly and politely. When he finished, one of the experts stood up and blasted him. “He told me I was naïve to believe my patients, that it was commonly understood by those more familiar with such matters that these patient statements were fabrications to provide a cover explanation for failed lives!”   http://acestoohigh.com/2012/10/03/the-adverse-childhood-experiences-study-the-largest-most-important-public-health-study-you-never-heard-of-began-in-an-obesity-clinic/

……..A fabrication to cover FAILED Lives?   Oh man did that stick in my craw. Truthfully it makes me furious. So again, because someone is obese (and I hate that word with a passion) the presumption is that (1) they lie and (2) their life is a failure. If you think this is an exaggeration, you are not in the world of being overweight. The reason I was crying is because it happens a lot. To read someone with such credibility admit this was overwhelming to me. It is pervasive in the medical field and I face it every day at my job. That is exactly what people, doctors and other clinicians have projected to me. I have heard other large people tell about me about their discrimination. A person I know just died because they refused to give her a liver transplant because she was overweight. Prime personal example: years ago, I had gone to have some work done up to find out why my a1c had spiked. I had the Chief of the Endocrinology department tell me I was a waste of time, that I would never be able to lose weight or exercise like HE did and so he was going to march me down to bariatric surgery immediately and get me fixed. (I have to breathe deeply every time I think of this) He never looked at my chart. If he had he would have seen my blood sugar had spiked in three months after a life time of low to normal readings. It took me having to read and discover that the prednisone and other drugs they slammed me on for the PsA all raised blood glucose. AND when I went off, it came back down. I went to see a nephrologist after one of my kidneys failed. Again, he never discussed anything but the fact that I was overweight and he wanted to bet me, BET me, that I would NOT be able to lose weight. I think he thought he was challenging me. Again, no one ever told me for a year my right kidney had failed…first concern…and that I had developed stones and they were a by-product of the PsA…it took me eight years to find that out and I should have been medicated then, eight years ago, to reduce the creation of more…which happened. No one can see past the weight. I am a non-person.

That last statement about being a non-person is very telling. I am going to stop tonight and let it just sit out there. I hope you will skim through the blog article: http://acestoohigh.com/2012/10/03/the-adverse-childhood-experiences-study-the-largest-most-important-public-health-study-you-never-heard-of-began-in-an-obesity-clinic/

My photography with some thoughts